With astounding sales of over 120 million records, Adele Laurie Blue Adkins, or Adele- the stage name she goes by, is one of the world’s best-selling music artists. She hails from England.

On May 5, 1988, Adele was born to Marc Evans and Penny Adkins in Tottenham, London. Her mother raised Adele after her father left them when she was two years old.

At the tender age of four, Adele began singing. Her songs from her various albums tell her personal stories and talk about the places she lived while growing up.

Adele graduated from the prestigious BRIT School of Performing Arts and Technology in May 2006. Famous music artists Leona Lewis and Jessie J were her classmates at BRIT School.

XL Recordings signed Adele for her debut studio album after she completed her graduation.

Adele released her debut studio album titled ’19’ in 2008. It featured two of her UK top-five singles- ‘Make You Feel My Love’ and ‘Chasing Pavements.’ Her album 19 was certified triple platinum in the United States and 8x platinum in the UK. It also fetched Adele two awards that year- Grammy Award for Best New Artist and Brit Award for Rising Star.

21, her second studio album released in 2011, earned her immense acclaim globally. ’21’ became the best-selling album of the 21st century globally, with recorded sales of over 31 million copies.

The album ’21’ was certified diamond in the US and 17x platinum in the UK. Billboard declared ’21’ as the top-performing album in US chart history because of the momentous achievement of topping the Billboard 200 charts for 24 weeks.

Singles from the albums, namely, ‘Someone Like You,’ ‘Rolling in the Deep,’ and ‘Set Fire to the Rain,’ topped various music charts globally.

The success of her album, ’21’ won Adele not only six Grammys but also several Guinness Book of Records mentions.

Her soundtrack single, ‘Skyfall,’ from the 2012 James Bond film, won her the Best Original Song awards at the Golden Globe Awards and the Oscars.

Adele released her third studio album in 2015, titled ’25.’ Breaking first-week sales records in the UK and the US; the album became the best-selling album of 2015. It was certified diamond in the US. Adele won four Brit Awards and five Grammys for 25. Her single, ‘Hello,’ became successful and sold over a million digital copies in the first week of its release.

Adele ranked number five on VH1’s Greatest Women in Music in 2011. Adele was also named one of the most influential people globally by Time magazine in 2012 and 2016.

At the Queen’s Birthday Honors in 2013, Adele received MBE based on her contribution to music. Rolling Stone magazine listed her album ’21’ in its 500 Greatest Albums of All Time in 2020.

We have given a lot of adele facts and information, and we have also prepared an adele lyrics quiz, so if you are a fan of his, you should play our quiz and see how much you know about his music.

So let’s start with the adele quiz! 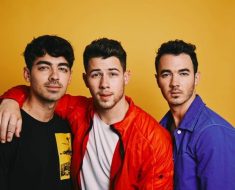 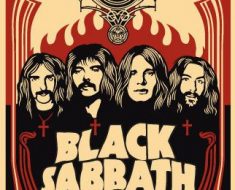