Little House on the Prairie was of the most popular tv shows of the 70s and 80s. The series was adapted from the Little House books series written by Laura Ingalls Wilder.

The series and the book were based on Laura’s real life story and adventures. Though the series has had taken multiple liberties in portraying the same.

The series was an integral part of the 70s and 80s, and with a running tenure of little over a decade, it immediately became part of the childhood of many and influenced art and cinema further.

The story is set in the 1870s to 1890s and is about a family on a farmhouse in Walnut, Minnesota. The family consists of Charles Ingalls and Caroline Ingalls, a farmer, his wife, and their three children, Laura, Marie, and Carrie.

The story is an autobiographical retake of her family’s life.

The story revolves around the farm life and adventures of the family, especially the daughters. The show’s recurring themes are frontier life and its hardships, such as natural disasters, poor crops, and diseases like blindness.

In its final season, the series was renamed as ‘Little House: A New Beginning, and the young protagonists reached maturity.

Charles Ingalls is the husband of Caroline and the father of Laura, Mary, Carrie, and Grace. He is a farmer and an accomplished hunter-trapper.

He is also known for his taste in music and literature. Micheal Landon, who played Charles, had also directed multiple episodes of the series. Charles is addressed mostly in the show as “Pa.”

Caroline is the wife of Charles and the mother of the protagonist Laura and her siblings. She is portrayed as a traditional yet bold woman of conservative values.

Laura is the protagonist of the series and is based on the actual author Laura Ingalls. She is portrayed as a little girl who is full of life and who observes and interacts with the world with endless curiosity.

As the show episodes go on, she is shown to be more mature and take a more significant role in the narrative. Melissa Gilbert got many accolades for her performance as Laura.

Marie is the second child of the Ingalls family and plays one of the most important roles in the series. Compared to the real life Marie, the character in the series becomes a teacher for the blind.

Carrie is the youngest child of the Ingalls till season 5; after the birth of Grace, she becomes the third child. She is portrayed on the screen by the twins Lindsay and Sidney Greenbush.

Carrie’s initial tumbling in the series intro was an actual accident but was kept in the film for being a fan favourite moment.

Little House on the Prairie got many awards and accolades and was a fan favourite for over a decade. It was very popular in Japan and Spain.

It got awards, including multiple Emmys, TP de Oro of Spain, Western Writers of America, and the Young Artist Award. 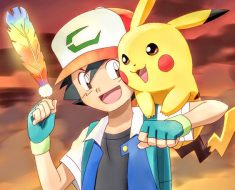 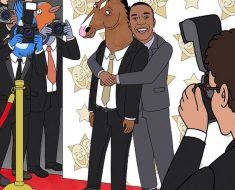