The Golden State Warriors was created in 1946. The squad is named after the Philadelphia Warriors, a former basketball team who competed in the American Basketball League in 1925.

In the 1956 season, the Warriors won their next championship in Philadelphia, defeating the Fort Wayne Pistons four games to one.

They had a Struggling Period.

Due to the trades and retirements of essential players such as Barry, Wilkes, and Thurmond, the Warriors failed to field a competitive team from 1978 through 1987 after being one of the NBA’s dominating teams in the 1960s and much of the 1970s.

The Warriors accepted when the New York Knicks offered free agent Bernard King to the Warriors in 1983. However, unable to afford his exorbitant contract, they swiftly moved him to the Knicks for guard Micheal Ray Richardson.

Although he was eventually moved to the Houston Rockets,

Floyd scored 29 points for the warriors.

In the Run TMC and Chris Mullin era, the club saw a brief comeback under coach Karl following a poor run in the late 1970s and early 1980s, which culminated in a 1987 Western Conference Semi-final game against Magic Johnson and the Los Angeles Lakers that still being broadcast on television as part of the NBA’s Greatest Games series.

Golden State Warriors: A Look at the Players

With players like Stephen Curry, Kevin Durant, and Klay Thompson, they are sure to be a force to be reckoned with this season.

Stephen Curry is a professional basketball player for the Golden State Warriors. He is a three-time NBA champion and two-time MVP. Curry is considered one of the best shooters in NBA history.

Klay Thompson is one of the most underrated players in the NBA. But Thompson is a very efficient player who can score in various ways.

He is also a good defender and rebounder. Thompson is a crucial player for the Golden State Warriors and has been part of their recent playoff runs.

He has a different skill set than most players, which makes him difficult to defend. He can shoot from outside, but he’s also very good at getting to the basket. He’s also a good rebounder and passer.

One of Green’s biggest strengths is his ability to make his opponents uncomfortable. He can do this by playing aggressively and getting into their heads.

Green is a significant player for the Golden State Warriors. He’s a key player in the Warriors’ offense and one of the team’s most critical players.

He is the emotional leader of the group, and he’s also one of the best defenders in the NBA. He also has a unique way of talking to his opponents, which can be very frustrating.

Andre Iguodala is one of the most versatile players in the NBA. He can play both guard positions and can also come off the bench.

Iguodala is a strong defender and can also shoot the ball well. He was a key player on the Golden State Warriors team that won the NBA championship in 2015.

The Golden State Warriors are a team to watch this season. With players like Stephen Curry, Kevin Durant, and Klay Thompson, they are sure to be a force to be reckoned with. 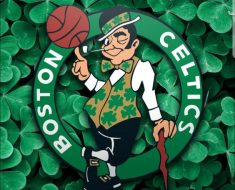