Bon Jovi has 16 studio albums, five compilations, and three live albums. They have sold more than 130 million records worldwide, making them one of the best-selling American rock bands, and have performed over 2,700 performances for over 34 million fans in over 50 countries.

The band is known for “stylishly bridging the gap between heavy metal and pop.”

Jon Bon Jovi is a singer, songwriter, guitarist, and actor born to John Francis Bongiovi Jr. He is famous as the frontman and founder of the rock band Bon Jovi, founded in 1983. He has fifteen studio albums with his band and two solo albums.

David Bryan Rashbaum is an American musician and songwriter best known for his work as the keyboardist for the band Bon Jovi, with whom he also co-wrote songs and sang backing vocals. Bryan was inducted as a member of Bon Jovi into the Rock and Roll Hall of Fame in 2018.

Hector Juan Samuel “Tico” Torres is a musician, artist, and entrepreneur best known for his work as the drummer, percussionist, and songwriter for the American rock band Bon Jovi. As a member of Bon Jovi, Torres got inducted into the Rock and Roll Hall of Fame in 2018.

Phil X is a Canadian musician born Philip Eric Xenidis. He has been playing lead guitar with Bon Jovi since 2013, and he officially replaced former lead guitarist Richie Sambora in 2016.

The Onset Of Musical career

Derek Shulman, a record executive, became interested in the band after they began playing showcases and opening for local acts. He signed Bon Jovi to their first record deal.

Bon Jovi released their first two albums in 1984 and 1985, and their debut single, “Runaway,” made the Top 40. With their third album, Slippery When Wet, released in 1986, the band attained significant success and global recognition, selling over 20 million copies and featuring three Top 10 singles, two of which reached No. 1.

New Jersey (1988), their fourth album, was also a huge hit, selling over 10 million copies and spawning five Top 10 singles (a glam metal record), two of which reached No. 1 (“Bad Medicine” and also “I’ll Be There for You”).

Their double-platinum 1992 album Keep the Faith marked their comeback. The following year, the band released their biggest-selling and longest-charting single “Always” (1994) and album These Days (1995), which proved to be a more considerable success in Europe than in the United States, as it produced four Top Ten singles in the United Kingdom.

Richie Sambora departed the band immediately before an April concert on the supporting tour to spend more time with his family after recording and publishing “Because We Can” in 2013.

The band released Burning Bridges, their first studio album without Sambora, in 2015, and This House Is Not For Sale, their follow-up album, in 2016, with a tour that spanned 2017–to 2019.

The band’s most recent album, 2020 (2020), was reworked to include songs inspired by the COVID-19 epidemic and George Floyd protests, and the album’s accompanying tour got postponed until 2022.

The band has received multiple nominations and awards, including a Grammy Award in 2007 for Jennifer Nettles’ “Who Says You Can’t Go Home,” two World Music Awards, and one Brit Award for Best International Group in 1996.

The band was honored with a Merit Award at the American Music Awards in 2004, and Jon Bon Jovi and Richie Sambora got inducted into the Songwriters Hall of Fame in 2009.

The band was also a UK Music Hall of Fame inductee in 2006 and a US Rock and Roll Hall of Fame draftee in 2018.

We have given a lot of bon jovi facts and information, and we have also prepared an bon jovi lyrics quiz, so if you are a fan of his, you should play our quiz and see how much you know about his music.

So let’s start with the bon jovi quiz! 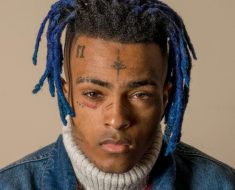 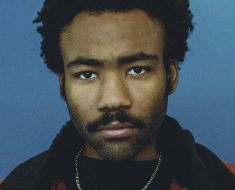 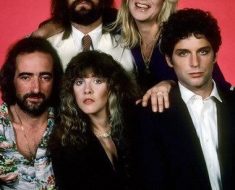 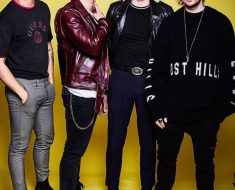