Can You Guess These Michael Jackson Lyrics Quiz | 30 Questions

Michael Jackson is one of the world's most known pop music artists. Michael was the youngest of the five brothers, and their dad had made a group called Jackson 5. Michael was known as the pop cause of his songs and music and epic dance moves. Jackson was one of the best performers who glued the audience's eyes to his moves. 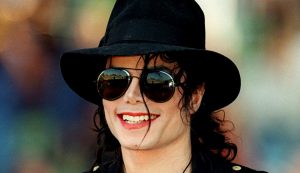