Can You Guess These Chris Brown Lyrics Quiz | 30 Questions

Chris Brown is an American R&B singer and songwriter born on May 9, 1989, in Virginia, U.S. The songwriter actor and singer Chris brown got massive fame in the glamour world, and he has a huge fan following over the net. Chris Brown was born in a small town in Virginia, and from childhood, he had a passion and liking for singing and dancing, and at the age of 15, he was signed by jive records, where he released his first self titles music album. In 2009 Chris brown had an incident with the famous singer and then his girlfriend Rihanna. The Rihanna slapping incident was in the media for months, and brown also spent time in community labor and supervised probation. 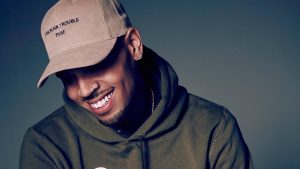 Later on, Chris Brown and Rihanna were remixing each other's songs via social media, and then they started dating each other again but broke up soo later that year.  Chris kept making music, and he released his album F.A.M.E. which was brown's first album to get on the top spot, and Chris also won a Grammy award for the same album. We have made a Chris Brown Lyrics Quiz, so if you are a fan of Chris and think you know all the songs and lyrics of Brown, you should play this Chris brown lyrics quiz and see your score!