Angelina Jolie Voight who is formerly known as Jolie Pi She was born on June 4th, 1975, in Los Angeles to Jon Bought and Marcheline Bertrand. Jolie, who is of German, French, Dutch, Slovak, and Canadian descent, is an American actress and filmmaker. Besides acting, Jolie is also involved in humanitarian activities. 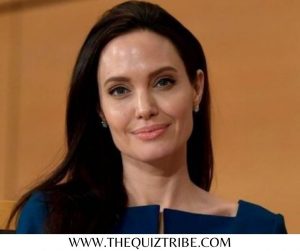 She has successfully established herself as a name and force to be reckoned with in the Hollywood entertainment industry, as she has been named multiple times as the most beautiful woman in the world and Hollywood's highest-paid actress. Take our Angelina Jolie quiz and get to know how much you know about the actress.