BoJack Horseman is an adult animated drama series to stream on Netflix from August 2014 to January 2020. The series, created by Raphael Bob-Waksberg, streamed for six seasons and had 77 episodes.

Cartoonist Lisa Hanawalt designed BoJack Horseman. She is a high-school friend of Raphael Bob-Waksberg and has previously worked with him on the webcomic ‘Tip Me Over, Pour Me Out.’

The series is set in an alternate Hollywood and features Horseman as a washed-up star of a sitcom called ‘Horsin’ Around’ from the 1990s. The sitcom’s storyline portrayed a young bachelor horse trying to raise three human orphans.

Horseman now lives in a Hollywood Hills mansion and is planning to make a comeback to acting with an autobiography ghost-written by Diane Nguyen.

BoJack Horseman received mixed reviews from the critics for its first season. Although they responded with a mixed response at the start, the critics’ reviews for the first season’s second half were positive.

The following seasons of the series received a lot of critical acclaim.

BoJack Horseman has received acclaim for its realistic depiction of human conditions such as depression, addiction, trauma, racism, sexism, self-destruction, and sexuality.

The GQ magazine named the series one of the decade’s best. Indiewire called it one of the most outstanding animated series of all time.

BoJack Horseman received numerous awards and nominations. The series won fifteen out of its 43 nominations at various award shows.

BoJack Horseman received three nominations at the Primetime Emmy Awards, two for Outstanding Animated Program. It was also nominated twice in the Best Animated Series on Television category at the Saturn Awards.

Kristen Schaal received a Primetime Emmy nomination in the Outstanding Character Voice-Over Performance category for her portrayal of Sarah Lynn.

The series’ writer received seven nominations at the Writers Guild of America Awards. It won three awards for its writing- Kate Purdy for ‘Time’s Arrow,’ Nick Adams for ‘Xerox of a Xerox,’ and Joe Lawson for ‘Stop the Presses.’

Some other awards won by the show include recognition at the AIAFF Awards, the Artios Awards, and the Golden Trailer Awards. 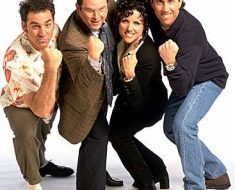 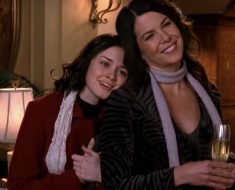